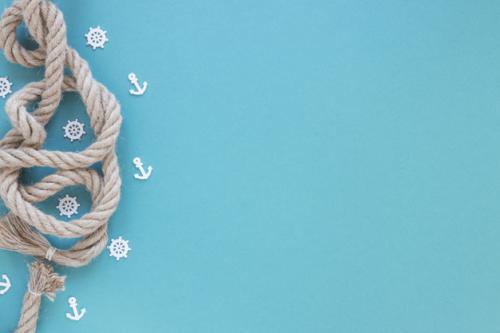 Filipinos: major source of Seafarers for the global maritime sector – One third of the world’s seafarers are Filipinos.

In the 1970s, the number of seafarers in traditional maritime countries dropped, resulting in a transfer of supply to countries such as India, China, and the Philippines. The Philippines has developed to become a significant producer of marine experts during the last 50 years, and many consider it to be the world’s nautical capital. There are currently over 10.5 million Filipinos living and working overseas, and they sent $23 billion in remittances back to the Philippines in 2013. The maritime industry plays a significant role in this: approximately 400.000 Filipino seafarers worked abroad in 2013, sending home more than $5,2 billion in remittances.

Filipino labourers have proven to be competent and are employed by shipping companies all over the world. There are around 80,000 vessels with a deadweight of more than 500 tonnes in the world (DWT).
On roughly 80.000 ships, over 1,4 million seamen personnel are needed at any given moment, with Filipinos accounting for a substantial share of those employment. With ships conducting over 90% of global trade, Filipinos play a critical part in this business. “Seafaring is the Philippines’ main strength,” said Maximo Mejia, administrator of the Maritime Industry Authority (MARINA), “now supplying about 30% of the world’s seafarers, which is leagues away from the second-largest source country.”

The worldwide shipping industry has well-developed practises for seafarer movement, education, and training. The International Maritime Organisation (IMO), based in London, oversees safety standards, with member states required to be listed on a “white list” as proof of compliance with the Standards of Training, Certification, and Watchkeeping (STCW) Convention.

Previously, the Philippines’ governance structure was vested in the Maritime Training Council (MTC), which was chaired by the Department of Labor and Employment and secretariat by MARINA. The Commission on Higher Education (CHED), the Technical Education and Skills Development Authority (TESDA), the Professional Regulation Committee (PRC), the Philippines Overseas Employment Administration, and the Philippine Coast Guard were among those that served on the MTC.

The European Maritime Safety Agency audited the Philippines in 2006, and again in 2010, 2011, and 2012, finding that numerous maritime schools and training centres did not comply with the STCW Convention. It attributed this to a lack of accountability coming from the coordination of various government entities by a single authority. It also discovered a lack of coherence in policies, infrastructure, political will, and accountability when it came to auditing and closing noncompliant schools and training centres.

President Benigno Aquino III’s government issued Executive Order No. 75 in 2012, designating the Department of Transportation and Communications, through MARINA, as the sole central maritime administration responsible for ensuring conformity with the 1978 STCW Convention.
The directive did not, however, override the mandates of CHED, TESDA, or the PRC.

In May 2013, the maritime industry elected delegates to Congress through the Philippine Maritime Party, or Angkla, under a law that allows sector representatives to hold up to 20% of all congressional seats.
Jesulito Manalo, an Angkla representative, was sworn into office in July 2013, and the first bill to come out of the 16th Congress was Republic Act (RA) 10635, which established MARINA as the single administration responsible for the implementation and enforcement of the STCW Convention as amended, as well as any international agreements or covenants related thereto, within seven months.
All STCW tasks previously undertaken by the PRC were transferred to MARINA under the statute.

MARINA issues a seamen’s book, or certificate, to around 1,1 million active sailors in the 10-million-strong Filipino diaspora. Nearly 400.000 people are on board at any given time, with the majority coming home after a maximum of 10 months onboard for a two-month vacation. This translates to about 400.000 full-time equivalent jobs year-round, generating over $5 billion in remittances, up from $5,6 billion in 2014. As per World Bank data from 2013, the Philippines’ per capita income is less than $3.000 per year, whereas marine industry specialists earn more than $13.000.

A human resource disparity also exists in the sector, as a new ship takes less than a year to build vs 14 or 15 years for a first-year college student in a marine programme to become a master or chief engineer.
As a result, there is a scarcity of qualified workers, resulting in salary inflation.

Under MARINA, CHED has jurisdiction over maritime educational institutions.
MARINA has produced a list of conforming maritime schools and updated the curriculum to be outcome-based since being named the country’s unified marine administration.
Before graduating from a maritime school, a student must study for three years and complete one year of on-board training as a cadet.

To guarantee that schools are delivering the proper technical training, communication between marine and education authorities is required.
This will allow universities that provide marine programmes to tailor their curricula to the industry’s future needs, with a focus on building much-needed skill sets in machining, electronics, and engineering.

MARINA has also devised a grading system known as Enhanced Support Level Programs, which is intended to take into account the value added for current Filipino seafarers’ training as well as compliance with STCW certification standards. The programme aims to improve Filipino seafarers’ competitiveness in the global marine industry by training them to execute support functions and duties on deck and in vessels’ engine rooms.

Given the global shortage of seafarers, particularly officers, Filipinos have an opportunity to remain the seafarer of choice by returning home to work as professionals in emerging ship management and ancillary services for the international shipping industry. With high-quality maritime schools, the possibility of becoming an international maritime education centre exists.

Other articles and news related to Filipinos Seafarers

“The European Commission notified the Philippines of a number of deficiencies, including serious ones, identified in the Philippine seafarers’ education, training and certification system, which fails to guarantee that the requirements of the STCW Convention are met”, said a statement by the Delegation of the European Union to the Philippines on the Philippines’ STCW System. (by https://mb.com.ph)

A Guide to Filipino Seafarer Job Market (by https://maritimefairtrade.org)

Repatriation rates in Filipino seafarers: a five-year study of 6,759 cases (by https://pubmed.ncbi.nlm.nih.gov)

14 Reasons: why ship owners prefer Filipino seafarers – One-third of the world’s seafarers are Filipinos (by https://safety4sea.com)

Everything You Need For Your Back Of Bridge Maritime Voyage Planning, Nautical Navigation and the Marine Sector in General

Designed by Marketing365.com
Copyright © Marine-Charts.com
We use cookies on our website to give you the most relevant experience by remembering your preferences and repeat visits. By clicking “Accept All”, you consent to the use of ALL the cookies. However, you may visit "Cookie Settings" to provide a controlled consent.
Cookie SettingsAccept All
Manage consent